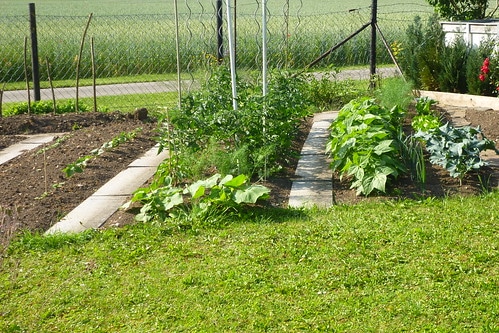 When presented with the notion that biodynamic gardening and farming is an exceptional forum with advanced methods, one scientist scoffed, saying Youre not espousing a system that plants by the phases of the moon, and such, are you?!

This scientist fails in his profession the moment he makes such a comment.  I was tempted to respond with, Where were you when the calendar went beyond the 1950s?!  A true scientist does his research before making statements.  Had this individual looked for it, he would have found irrefutable evidence from scientific research that has found, indeed, that the phases of the moon have a significant impact on many gardening operations, including ideal times to sow seed, or to transplant, and for most gardening operations.  The world of nature holds a treasure trove of secrets, to be harvested for those who can stay the distance, who can penetrate into the deeper resources.

Other noteworthy aspects of Biodynamic methods:

The Biodynamic system was inaugurated in 1924 by Austrian spiritual scientist Rudolf Steiner, as a system that not only embraces the living ecology of the soil, but goes further, into the interaction of elements of the cosmos on the plant community.

You could say that to the degree organic food rises above mainstream food, so does biodynamic rise above organic  – meaning its produce is even more vital and nutritious.  Soil and plants are not only physically enriched, but are enhanced on the etheric level  – in effect, aided to evolve to a higher state.

Homeopathic preparations are one of the devices used to accomplish this enhancement.  Sometimes they are implanted in the soil, other times applied as a spray.

A quote from the Biodynamic Farming and Gardening Association:

Rudolf Steiner presents a notion of science that says we can know things that go beyond what we can weigh, measure, and calculate. Science is the practice of observing phenomena and relating them in a way that correctly represents the phenomena’s reality. Agricultural judgments about health, what to do where, and when to do what, best succeed when we begin to rely on a certain wisdom gained through observation and experience and when we perceive consciously and concretely the phenomena that induce life itself.

Biodynamic farming and gardening combines common-sense agriculture, an understanding of ecology, and the specific environment of a given place with a new spiritual scientific approach to the concepts, principles, and practices of agriculture.

The nutrient cycle is the key to all life on earth. While there are 6 main nutrient cycles, all of them depend on  the same thing. The transfer of energy and matter from non-living chemicals to living organisms. All of the nutrients cycles share another key element. They all require microorganisms to properly function. Microorganisms […]

Plant Microbe interactions Microbe plant interactions are an ongoing, every changing encounter. This is a microscopic, symbiotic relationship unseen by the naked eye. Here’s a great quote from Nature the international weekly journal of science. Plant—microbe encounters can be friendly or hostile. Densely colonized soil contains beneficial mycorrhizal fungi and rhizobia, which associate with roots […]